Of course you don't have to simply „echo“ these entries. They can be retrieved from other sources and printed, too.
By adding echo "Samba Printer Port" to the above script, you wont lose the previous settings, just make sure you echo it once. 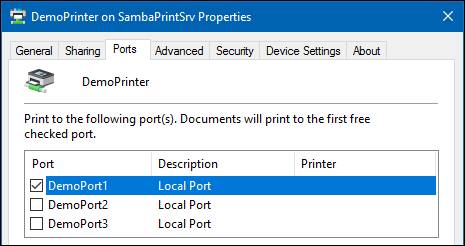