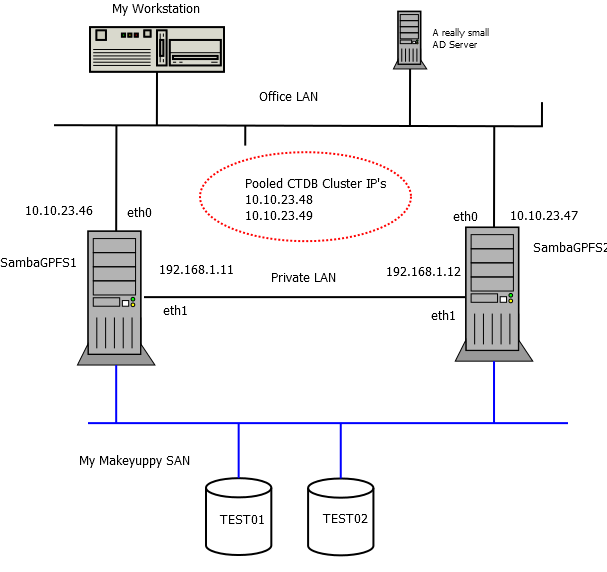 Machine 1 - sambagpfs1 First of all we need to install some dependencies necessary to install GPFS and build the portability layer rpm :

You can use mmputacl to set ACL;s on the share . Create a text file perms.txt

So there you have it. I hope this guide has been useful. Any constructive feedback is welcome to improve the guide.